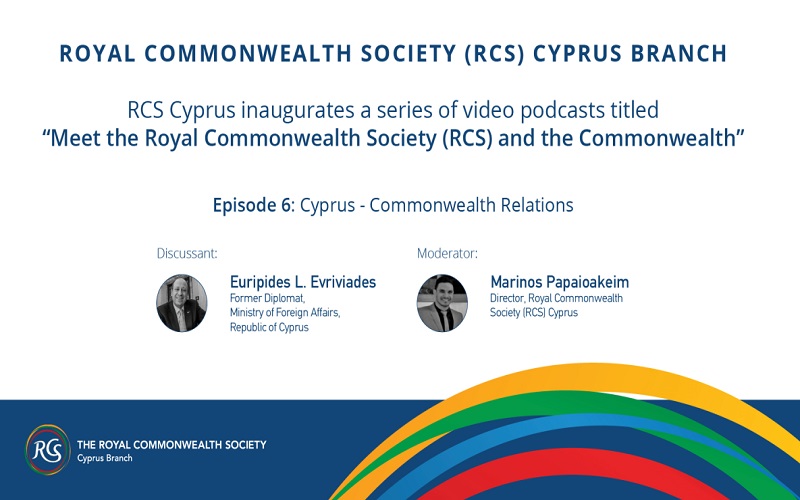 In the 6th episode, Euripides Evriviades discusses with Marinos Papaioakeim, Director of Royal Commonwealth Society in Cyprus about Commonwealth – Cyprus relations. In March 13, 1961, Cyprus becomes the 12th country to join the Commonwealth.

Euripides Evriviades is the former High Commissioner of Cyprus to the UK. He also chaired the Board of Governors of the Commonwealth Secretariat, having previously chaired the Executive Committee. Before assuming his post as a High Commissioner to the UK, he was Deputy Permanent Secretary of the Ministry of Foreign Affairs. He served as Ambassador to the Permanent Representative to the Council of Europe, he also served to the United States and non-resident High Commissioner to Canada. Earlier in his career, he held positions at Cypriot embassies in Germany, Russia and Libya. He also held the position of First Secretary at the Permanent Mission of Cyprus to the United Nations.