It was not the first time that Erdogan visited the occupied northern part of Cyprus to celebrate the anniversary of the “independence” of the “TRNC”. This time though it was different: he was accompanied by numerous Turkish ministers and other officials and also visited the fenced city of Varosha in violation of the relevant UN resolutions. Erdogan’s new declarations confirm once more Turkey’s revisionist policies: more specifically, he called for the opening and the settlement of Varosha, declared the policy of two states in Cyprus and asked for the “fair sharing of hydrocarbons”. It is important to put issues in a historical perspective with the objective to critically assess what has been taking place.

On 13 July 1974, Michael Dekleris and Orhan Aldiçasti, two constitutional experts from Greece and Turkey respectively, finalized a draft for a comprehensive settlement based on a unitary state. The draft was to be ratified on 16 July 1974 by the two negotiators, Glafkos Clerides and Rauf Denktash. At the time, however, the national and international media were not focusing on the prospect of an imminent solution of the Cyprus problem but on the brewing clash between President Makarios and the Greek junta.

On 15 July 1974, the Greek junta overthrew Makarios and reversed the course of history. The putschist regime in Nicosia announced that “the change was an internal affair of the Greeks of Cyprus only” and that the intercommunal negotiations would be continued in order to find a solution on the agreed basis. Likewise, the Turkish Cypriot leader Rauf Denktash initially stated that what had happened was “an internal affair of the Greek Cypriots.” For Ankara, though, it was a golden opportunity as both the Greek junta and the putschist regime in Nicosia were internationally isolated.

On 20 July 1974, Turkey invaded Cyprus. Ankara stated that “its peaceful intervention was intended to reestablish the constitutional order and to protect the Turkish Cypriot community.” On 23 July 1974 the Greek junta and the putschist regime in Nicosia collapsed. Glafkos Clerides, President of the House of Representatives, assumed the duties of Acting President in Cyprus in accordance with the constitution and suggested to the Turkish Cypriot leader Rauf Denktash the return to the 1960 constitution; both Denktash and Ankara declined.

Despite the cease-fire and the ongoing negotiations for a peaceful resolution, Turkey continued its military operations. On 14 August, Turkey launched a second massive attack against Cyprus after the rejection of its ultimatum to the Republic of Cyprus to surrender about 34% of its territory. Greek Cypriot civilians were expected to evacuate this territory and allow the Turkish army to deploy accordingly. By 16 August 1974, Turkey had occupied 37% of the land of the Republic of Cyprus, having committed atrocities and numerous violations of human rights. Turkey’s actions in Cyprus can be compared with those of Nazi Germany in Czechoslovakia before the outbreak of World War II. In other words, Turkey has been utilizing the Turkish Cypriot minority community in Cyprus to advance its expansionist objectives like Nazi Germany did with the Germany minority in Sudetenland to eventually occupy Czechoslovakia.

Had Turkey stopped its military operations on 23 July 1974 and contributed to the reestablishment of the constitutional order based on the 1960 agreements, few would have questioned its stated reasons for “intervening.” Instead, Turkey committed ethnic cleansing, set up a puppet regime, and pursued an ambitious policy of colonization. Furthermore, there has been systematic destruction of the cultural heritage and massive exploitation and usurpation of Greek Cypriot properties.

Despite the initial outcry and resolutions by the UN and other international organizations no action has been taken against Turkey. Not surprisingly, successive years of bicommunal negotiations under the UN auspices did not lead to any results. It is also unfortunate that the weaker side, the Greek Cypriots and the Republic of Cyprus, were repeatedly pressured by external mediators to accommodate the Turkish requests. Indicatively, the Annan Plan which was rejected in 2004 by 76% of Greek Cypriots and approved by 65% Turkish Cypriots and settlers was an extremely uneven and unbalanced plan.

It is also essential to revisit the case of Varosha. We should recall that in the high level agreement of May 1979 between Kyprianou and Denktash, it was stated that the fenced city of Varosha was to be given back to its Greek Cypriots inhabitants under the auspices of the UN immediately after the beginning of a new round of bicommunal negotiations. Since then and despite multiple rounds of bicommunal negotiations Varosha was not returned. Currently, Ersin Tatar and Tayyip Erdogan have embarked on settling Varosha as well. The Turkish declared plans are to allow Greek Cypriots who wish to return to their properties under the “rule” of the “TRNC”. Greek Cypriots may also apply to the relevant Committee of the regime for compensation. We cannot forget that this Turkish protectorate was built on stolen Greek Cypriot land and properties. The plan now is to extend the occupation to Varosha. These Turkish practices and norms contradict the European value system and international law.

This Turkish move has also additional political implications. Ankara may use this to push for a solution of the Cyprus problem in a way that it will achieve its objective of pushing aside the Republic of Cyprus and replacing it with a confederal arrangement. This will amount to the Finlandization of Cyprus. Such an arrangement will be detrimental not only for Cyprus but also for the EU and several other countries.

It is useful to compare Ankara’s policy towards the Kurds in Turkey and the Turkish Cypriots. Obviously Turkey pursues a policy of double standards. While Ankara appears to be the champion of people of Turkish ethnic background in other countries, at home it violates fundamental political and human rights of its own citizens who are either dissidents or not ethnic Turks.

There is no doubt about Turkey’s intentions on Cyprus. Furthermore, Ankara’s policies are leading to enhanced tensions and also entail the risk of destabilization in the broader area. While Cyprus cannot afford to give in to the Turkish diktat, other regional and major powers must at last effectively urge Turkey to cease violations of international law. 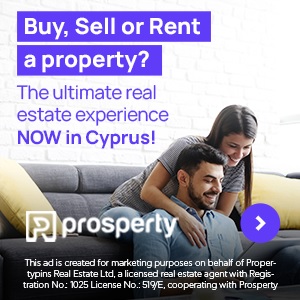