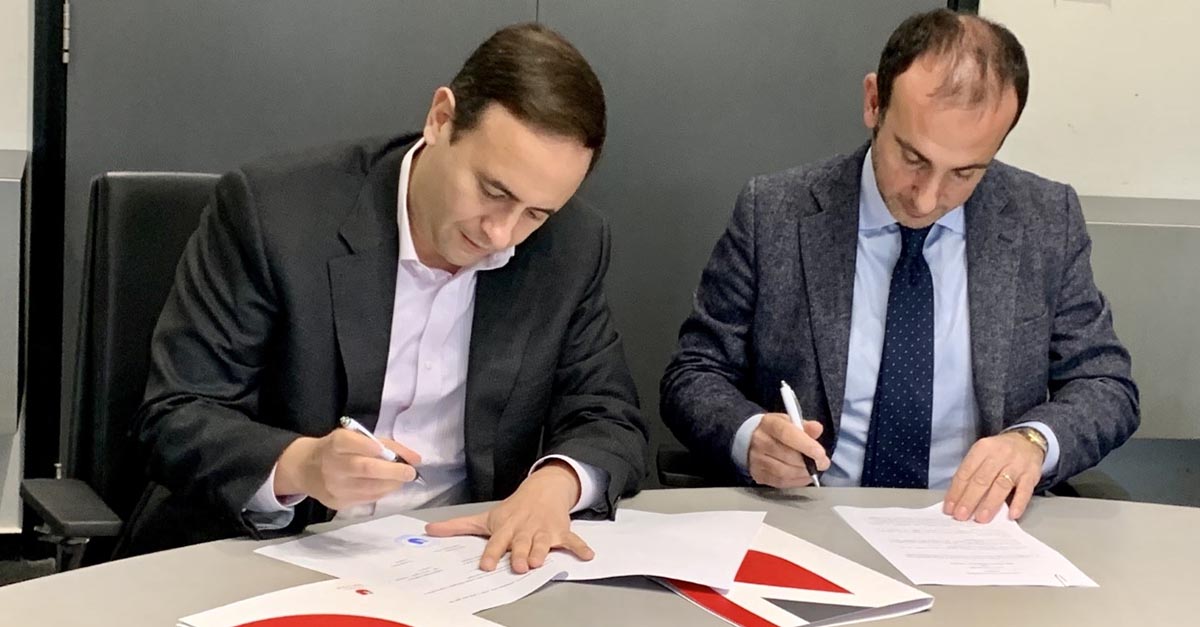 The agreement, initiated by the School of Law of UNIC, will launch in May with a scientific conference on Energy Law, including Law of the Sea.

The University of Nicosia and the newly established Italian-Cypriot Chamber of Commerce signed an MoU with the objective of promoting collaboration and joint activities in the fields of academic and professional training, and research. The MoU was signed in a special ceremony held at the University of Nicosia by the Chief Executive Officer of UNIC Antonis Polemitis and by the President of the Italian-Cypriot Chamber of Commerce Giuseppe Marino, in the presence of the Dean and Associate Dean of the School of Law, Prof. Achilles C. Emilianides and Dr. Christina Ioannou respectively, as well as the two Vice-Presidents of the Italian-Cypriot Chamber of Commerce, Prof. Federico Franchina and Costas Katsaros. The agreement will initially focus on areas such as maritime and energy, and will explore potential routes for furthering of the academic and commercial relations between Italy and Cyprus.

UNIC CEO Antonis Polemitis noted that the two countries have several common interests and that there is a need for increasing the collaborations and commerce between them. He further observed that the University of Nicosia already has collaborations with Italian universities, including a joint PhD in Human Rights, Society and Multi-Level Governance with the historic University of Padova, and that the establishment of additional collaborations and joint actions with Italian universities, authorities and companies is always an important objective of the University. The President of the Italian-Cypriot Chamber of Commerce Giuseppe Marino thanked UNIC and highlighted that the Chamber of Commerce has been recognized by the Italian Government and has been supported by the Consuls of both Italy in Cyprus, and Cyprus in Italy. He further set out the objective of the Chamber of Commerce for exploring new areas of commercial, as well as training and professional co-operation between the two countries.

The agreement, initiated by the School of Law of UNIC, will launch in May with a scientific conference on Energy Law, including Law of the Sea, whereas the VP of the Italian-Cypriot Chamber of Commerce Federico Franchina of the University of Messina has been invited as a speaker to the renowned annual EMSI (Eastern Mediterranean Studies Initiative) conference which will be held on 9-10 July 2020 in Nicosia and which, this year, will focus on Energy Law in the Eastern Mediterranean region.