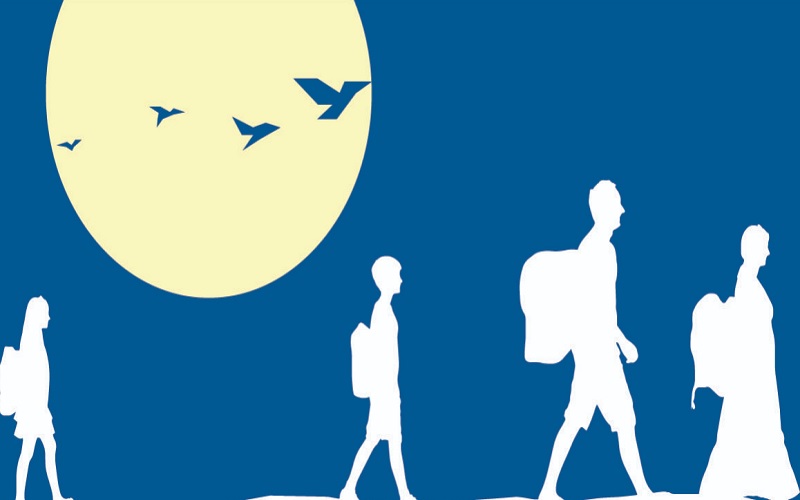 The Interdisciplinary Laboratory for Black Sea and Mediterranean Studies (ILABSEM) and the Eastern Meditterranean Studies Initiative (EMSI), School of Law of the Univeristy of Nicosia announce their first common international conference about mass migration and people on the move, which will be held on 8-9 May 2020 in Thessaloniki.

Since 2015, the condition of people on the move and of mass migratory movements has become –again- the epicenter of publicity mainly regarding asylum seekers’ and immigrants’ movements and the accelerating flows thereof that has been labeled as “refugee crisis”. The adoption of the term “crisis” has profound international and national consequences, at various levels. Matters of national and human security, of positive or negative economic and political implications, psycho- social impact both on the incoming populations, as well as on the population of the hosting countries have been raised continuously. Nonetheless, several important aspects are missing.

First, a comprehensive analysis of the different consequences and aspects of this phenomenon; while its legal, economic, psycho-social and political aspects have been examined thoroughly, an analysis combining them is still under construction and surely in demand. Second, while consequences on the receiving states have received significant attention, the effects on states from which refugees, asylum seekers, and immigrants depart have been analysed at a significantly lesser extent.

Third, we lack state policy analyses concerning the immigration – refugee issues. Moreover, in several states, including Greece, no overall assessment of the efficacy of the NGOs, states policies and of the EU policies exists, regarding both emergency and integration policies.
Finally, existing studies usually do not cover the problem in historical depth, and often neglect previous experiences of states and populations, which have dealt with similar situations in the past.

Based on the considerations above, the conference will contribute to elucidating such crucial issues in a multi-disciplinary, comparative and historical perspective. The two-day conference will comprise of different sessions throughout each day and plenary discussions, preferably of an interdisciplinary nature. Indicatively, the thematic categories of the conference, will include the following:

*Abstracts must be sent to both emails vsamartz@econ.auth.gr and themis.tzimas@gmail.com under the theme “abstract for international conference for people on the move [name/surname]:”

Notifications to presenters: End of January 2020
Submission of papers or of extended abstracts: End of March 2020
Conference: 8-9 May 2020